This story goes far back in time when Fortnite, an online video game developed by Epic Games, was still in the App Store.

Essentially, the conflict is based on the principles of the two sides. Apple prohibited third-party payment processing for in-app purchasing (IAP — buying of goods and services from inside an app) when Epic Games stated that Apple is a monopoly that takes away 30% of the revenue of game developers by imposing commissions.

After such strong confrontation and fighting for a  small developer’s rights, for some users Tim Sweeney,  CEO and Founder of Epic Games, became a cool guy with a superpower and a passion for justice. For others — a man that bites the hand that feeds.

According to the court verdict of September 10th, Apple’s guidelines for developers sound too strict.

But still, as it is a real agreement, Epic Games violated it, putting in Fortnite an  external payment link for in-app purchases.

Officially both sides lost and the trial verdicts were the following :

For Apple: in 90 days, it is restrained from prohibiting developers from including “buttons, external links, or other calls to action that direct customers to purchasing mechanisms” in their apps. That means the developers will be allowed to use their own payment providers.

For Epic Games: the company shall pay damages to Apple — the 30% revenue they collected through the in-app purchase link when Fortnite was still on the iOS ($6.000.000).

From the Epic Games side, Tim Sweeney tweeted the following:

Millions of people are watching right now (and we are not an exception) and scrolling the news to find out about new details, actions, or even (at least) a fun meme from both sides.

Or trying to find out what other people think about the whole situation, such as Richard Hoeg, a lawyer who analysis the whole process of the Apple vs. Epic Games conflict, or the Verge team, the group of experts who share their independent opinion through the blog posts or podcasts.

And that is how Virtual Legality by Hoeg Law became the action TV show for the past year to many people and the Verge podcasts — morning news.

The main issue, as the members of the Verge podcast said, is that the problem is not about a single game like Fortnite, or even Apple 30% commission. It is much bigger.

So, by far, there are a lot of assumptions here and there throughout the internet about how things will go further and what can happen to the digital gaming market transactions. We’ve made a summary of the potential things that can happen during the next half of a year.

The case is still not closed, but this doesn’t mean we can’t imagine various scenarios, right? Keep reading to see the potential future through the eyes of both parties and take some tips on how to stay on board.

For the last year  Epic Games has become the most heroic/ foolest/ bravest, or whatever people on the internet can call the company. It has taken the first step when putting an alternative payment system to circumvent the App Store’s transaction fees.

And this is the culmination of the whole story that has caused a lot of consequences.

Let’s look through the areas that will definitely be touched if  Epic Games gets what it is fighting for.

One of the iOS developers on the internet has come to the conclusion that the allowance to use alternative payment providers means that either game developers will have to direct the users to the game/app website or create a payment link inside the game/app.

The first option is suitable only for the big companies, but for small ones, it may become a real challenge. But the second one, about payment links, may become a golden ticket for small game and app development companies.

[…] payment processors […] will handle a lot of this [handle tax in dozens or hundreds of different countries, … deal with fraud, chargeback and refunds, and foreign exchange rates and fees] for me [as a small developer] (Square, Stripe or even Epic themselves could do this), then I am still going to have to pay them some sort of processing fee and that has to be less than the 15% commission Apple charges.

Of course, this will not be completely free as payment providers will take their fee as well, but in comparison with the App Store this will be not so perceptible as Square, Stripe and PayPal have a commission that is no more than 3~5%.

The flow will be nearly the same with each payment platform:

It is also predicted that there might be a huge boom from the payment providers side as companies will try to assist with cheaper and better alternatives. Which is not such a big surprise, actually.

However, Epic Games’ answer was:

And these two methods:

3. Commissions will still be there

Even in the absence of IAP, Apple could still charge a commission on developers. It would simply be more difficult for Apple to collect this commission.

“Even if consumers go off the store to take advantage of those discounted offers, there is nothing stopping Apple from demanding a 30% cut of those sales”, Hoeg said. “Apple could decide to rewrite its developer contract so developers would have to submit to an audit and disclose the exact revenues they generate off the App Store and share 30% of that with Apple”.

There is nothing that can stop Apple from reorganizing the whole App Store system. The company can charge developers for hosting paid apps plus add fees for including an alternative payment provider inside the app.

The changes will happen regardless of who will win in the end. The only question is who will lose more: companies or developers?

Apple stood up for its rights when demanding Epic Games to pay back the money, as the company had officially broken the agreement of the App Store.

So which changes may happen if Apple comes out as a winner?

As Logic Simplified said in its blog, “Now, as Unreal Engine, one of the most popular game engines, comes from Epic, Apple’s revocation of Epic’s access to developer privileges will be inflicted upon Unreal Engine too, and third party video game developers will also no longer be able to use Unreal Engine to build games for Apple platforms”.

And this is one of the main things developers are concerned about right now, as nobody can say whether this will happen or not.

To be prepared, you can learn about the alternatives to Unreal Engine here.

With the win, Apple will be able to choose either to leave the IAP system or give developers what they want — alternative payment providers. But here, we can come back to the third point of the previous section, which is what may happen if Epic Games wins.

“Apple is more than capable of working out other ways to monetize the sale of apps and services through its platform. This would change things, but it wouldn’t put more money in consumers pockets, nor generate more revenue for developers”, Tom’s Guide said.

Whatever Apple chooses, the company will be in a win-win situation.

The Coalition for App Fairness (CAP) is an independent nonprofit organization founded by industry-leading companies to advocate for freedom of choice and fair competition across the app ecosystem.

The coalition members are the companies with their own apps, and their aim is to get justice and better treatment for every app available in the App Store.

During the whole time of existence,  new parties have been joining the coalition. Even after the failure of adopting the bill about in-app third-party payment acceptance, different states, such as North Dakota, Arizona, and Minnesota, have tried to continue fighting.

So the tension is predicted only to grow stronger if Apple wins the case as the CAF will probably not stay away.

So, how will everything be after this Apple and Epic Games conflict? Who will win the case? Will developers really lose more than they will gain?

We can only imagine things and actions that may or may not come to life.

Taking into account all the above, we have the following tips regardless of who will win in  the end:

And stay updated, of course!

What do you think about the whole Apple vs. Epic Games situation? Leave a  comment below!

Anastasia is a Copywriter and has a Bachelor's degree in Translation and Interpretation and a Diploma in a third foreign language. She has experience in writing articles for small business owners, and in translating psychology educational materials, specifically MBTI personality types. Anastasia is dedicated to writing educational articles. She likes gathering new information and is glad to share it with others. 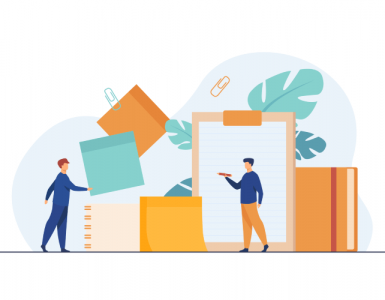 Here, we’ll cover the top 7 note-taking apps on the market today, as well as how they work and what they offer! 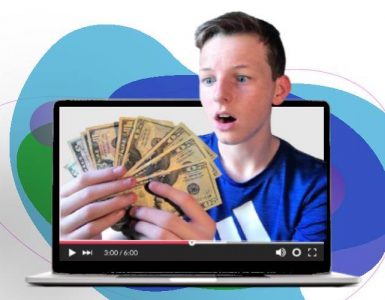 Check exclusive tips and resources that Financial Wolf has prepared for those who are interested in earning money on flipping electronics!

How to become a freelance accountant: 7 tips to succeed

Whether you’re just starting or are an established freelancer that needs some guidance, this article will help you succeed in the ever-changing industry. 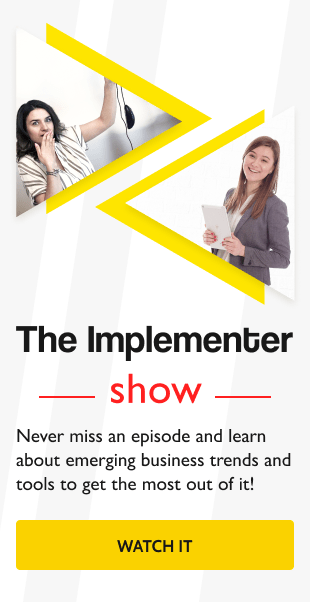 We use cookies on our website to give you the most relevant experience by remembering your preferences and repeat visits. By clicking “Accept” you consent to the use of all the cookies.
Accept all cookiesManage cookiesx
Manage consent

This website uses cookies to improve your experience while you navigate through the website. Out of these, the cookies that are categorized as necessary are stored on your browser as they are essential for the working of basic functionalities of the website. We also use third-party cookies that help us analyze and understand how you use this website. These cookies will be stored in your browser only with your consent. You also have the option to opt-out of these cookies. But opting out of some of these cookies may affect your browsing experience.
Necessary Always Enabled
Necessary cookies are absolutely essential for the website to function properly. These cookies ensure basic functionalities and security features of the website, anonymously.
Functional
Functional cookies help to perform certain functionalities like sharing the content of the website on social media platforms, collect feedbacks, and other third-party features.
Performance
Performance cookies are used to understand and analyze the key performance indexes of the website which helps in delivering a better user experience for the visitors.
Analytics
Analytical cookies are used to understand how visitors interact with the website. These cookies help provide information on metrics the number of visitors, bounce rate, traffic source, etc.
Advertisement
Advertisement cookies are used to provide visitors with relevant ads and marketing campaigns. These cookies track visitors across websites and collect information to provide customized ads.
Others
Other uncategorized cookies are those that are being analyzed and have not been classified into a category as yet.
Information
SAVE & ACCEPT